The Dagger, Or Obelisk: A Typographic Enigma

In this post, I introduce you to the shadowy, enigmatic underworld of fringe typography. No, I do not refer to the intriguingly-named interrobang or pilcrow, nor of the asterism.*  Today I speak of the dagger (†), also known as the obelisk, and its companion the double dagger (‡), also known as the dieses. Perhaps you have encountered the dagger, or obelisk, following the end of a sentence.  You might have asked yourself, What could this strange mark signify? But, lo! its companion lurks at the bottom of the page, in the footer, or maybe at the end of the chapter, hiding in the endnotes.  Why not just use numbered footnotes, you say? Why, where's the fun in that?


The name "obelisk" comes from the Ancient Greek obeliskos, meaning "little obelos."  Obelos was the word for "roasting spit," and could also mean a javelin or dart. The original symbol was closer to our modern division sign (÷).  This mark was used, appropriately, when scholars were editing -- or "skewering" [Ed.: Ha!] -- a manuscript to indicate a passage to strike out.  This editing was (and is) called obelism, and the Greek version included such annotations as the coronis to indicate subsections, the paragraphos to show breaks between, well, you know, and the hypodiastole for spaces (which hadn't been invented yet). 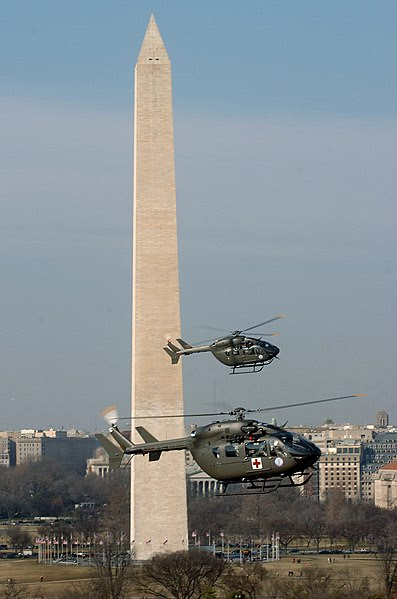 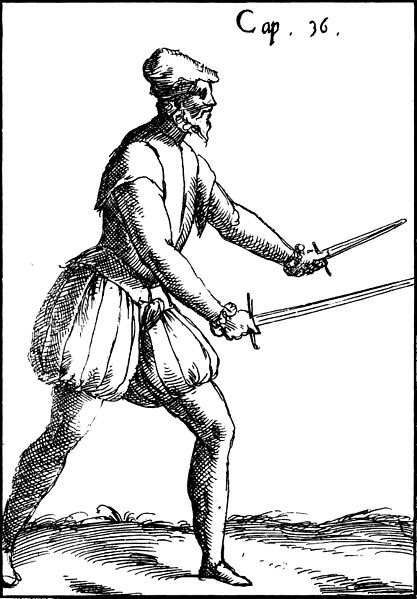 Neither the obelisk nor dagger (nor double dagger!) of which I speak.

Legend has it that the obelisk was invented by third-century B.C. Greek Zenodotus, a Homeric scholar who was also the first head librarian at the famous Library of Alexandria.  He mostly used the obelisk to mark lines from Homer that were of dubious attribution, (although he left in all those tedious "wine-dark sea" bits). In addition to creating interesting typographical novelties, Zenodotus, in his capacity as librarian, came up with the first real library catalog organization scheme, direct ancestor of our modern Dewey decimal system, Library of Congress Catalog system, etc.  He categorized books (scrolls) by subject, putting all texts on similar topics in the same room.  Within each room, he filed the manuscripts alphabetically by author.  Zenodotus also had each scroll marked with a tag that gave its basic bibliographic information.  It must be said, this guy had a benevolent genius! Whether he was constantly irritated by patrons with simple, obvious questions has went unrecorded. 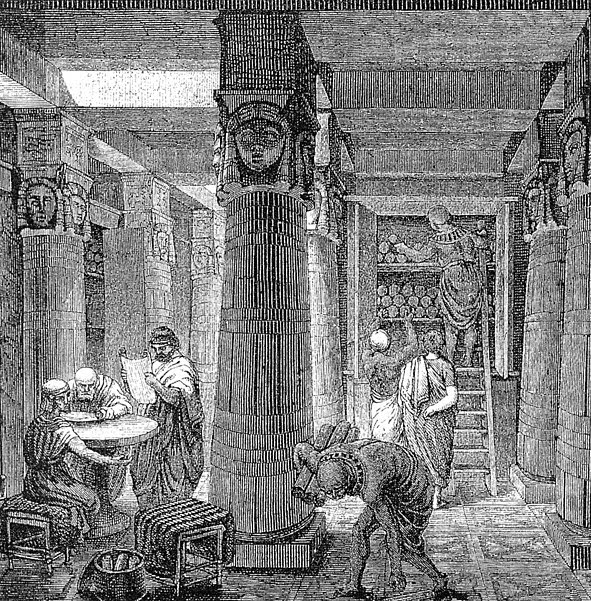 The Library of Alexandria, ancestral home of the dagger and general typographical nursery. In this photo, library slaves re-shelve "books" (R), while Learned Greek Expats like Zenodotus discuss punctu-innovations (L).

The obelisk was refined further by Zenodotus' student, Aristophanes of ("Before it Was Big") Byzantium (257-180 BC), who also invented the comma and colon; and his student, Aristarchus of Samothrace (220-143 BC), who probably was responsible for the dividing of the Odyssey and Iliad into books and ruining literature classes for students for milennia to come.† A later fan of the dagger/obelisk was OG Christian scholar and fellow-Alexandrian Origen (184-253 AD), who used it while compiling his Biblical boxed set, the Hexapla. 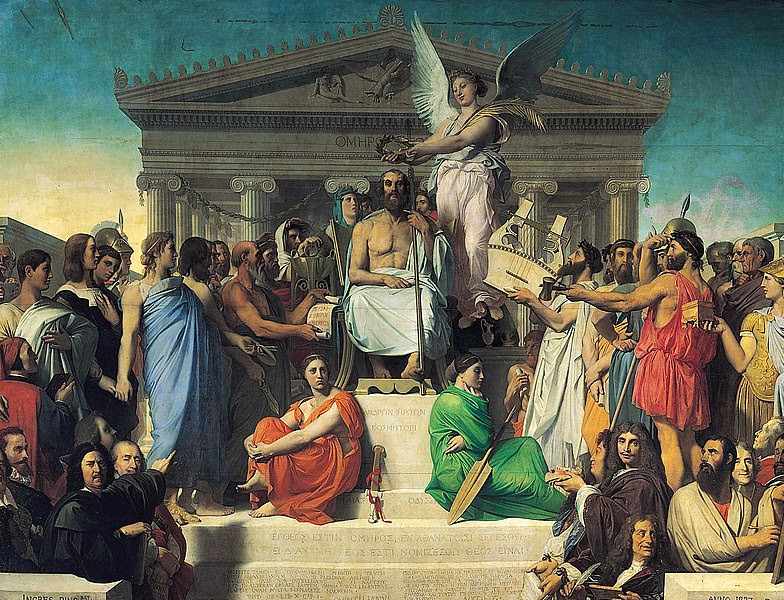 The great typographical critic Aristarchas of Samothrace, as imagined by 19th-century French artist and hater of criticism Jean-Auguste-Dominique ("Le Jad") Ingres (1780-1867) in his painting Apotheosis of Homer (detail of Aristarchus on right).


So what is the dagger used for today? Not a hell of a lot, if you compare it with its glory days in Greek Alexandria. But the obelisk is still out there, if you know where to look, and is not to be found just in informal footnotes:


*     The Discerning Reader knows that each of these rare symbols deserves its own post.
†     Your Humble Scribbler feels that there should be a moratorium on reading these foundational works of the Western canon for at least a century.  He had to read the Odyssey at least five different times during his secondary and university education.
‡     Your Humble Scribbler just threw this note in to complete the * -  † - ‡ footnote cycle.  Sorry, Readers hoping for a genuine and enlightening footnote.

A Note to My Ingenious Reader

I have here adventured to present you with a written Cabinet of Curiosities, a Historical Miscellany, it being my first made public by the press. Should it find acceptance, I shall receive sufficient encouragement to undertake somewhat more for your benefit.